Sorry it took so long to judge the entries, but I was overwhelmed. That’ll teach me to host an international, pan-galactic, cross-universe coding contest. : )

Stoyan wins the grand prize of free admission to the Web Services DevCon. His entry is shown here: 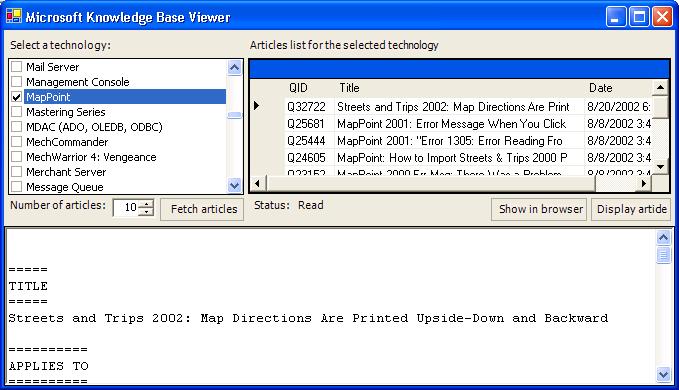 KbView allows the user to pick a technology or set of technologies that s/he is interested in and see what’s new in that space. Once the articles are fetched, they’re listed on the right hand side, where they can be shown directly in the text viewer below or they can be hosted in a separate IE window. Also, once the article has been downloaded, it’s cached for quick access for next time. This is an app that I will use. Great work, Stoyan!

Sorin wins a year subscription to MSDN Universal for his submission: 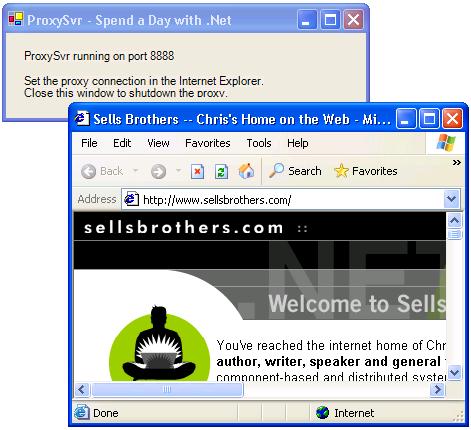 Sorin’s submission is a functional proxy server and represents his first .NET project ever. It’s fully asychronous and uses non-blocking I/O. It’s quite a testament to what can be done in .NET in a single day. 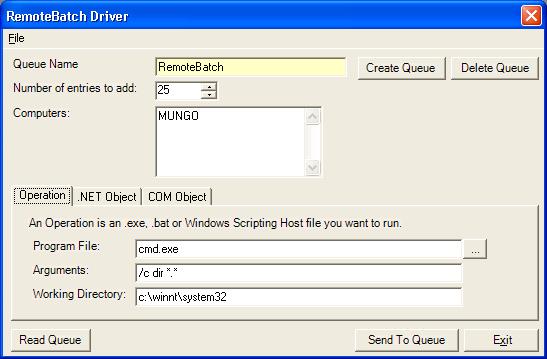 Jeff’s entry was the most polished I got, both in the UI as shown above, but also in the documentation, which included a market justification. I can see Jeff selling a version of this tool soon. The UI above is a front end to an NT service, also written in .NET, that takes jobs off of an MSMQ queue for batch dispatch. Because of the flexible architecture, these jobs can be spawned on a single machine or across multiple machines. Igal’s submission is simple, but effective. I often mail snippets of code around and now I can do it with the context menu from without VS.NET.

Dejan won his pick of a combination of things, but I couldn’t talk him into taking anything — he just wanted to compete. His application is a fully functional RSS reader: 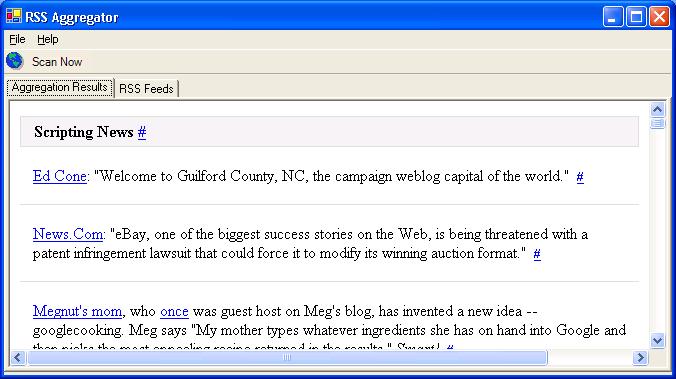 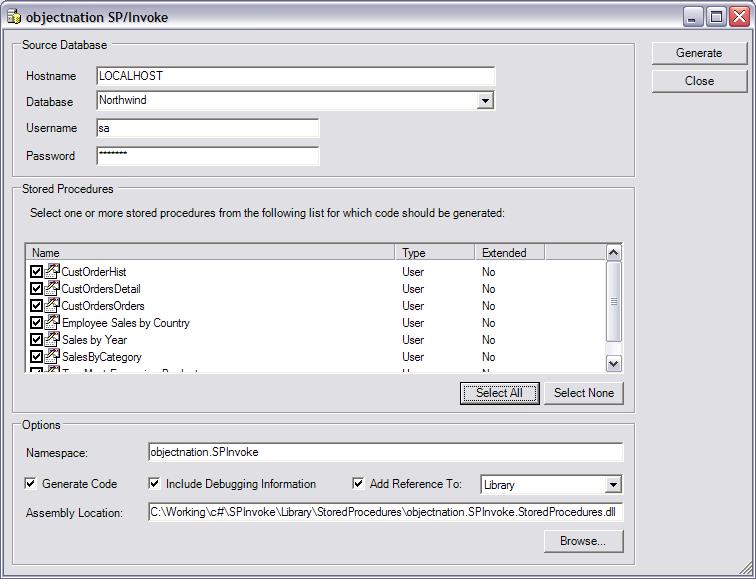 Once the settings are chosen, the generated code lets the user make calls into the stored procedure from their .NET language of choice almost as if the function was a native .NET method:

There were so many other great entries that I couldn’t narrow it to just the big prize winners. The following were each awarded their pick of a book or a free software package: